Released 2018 by Maniacs of Noise

Jeroen Tel aka WAVE and Markus Klein aka LMan

Jeroen: After having organized the fist SINE-wave tracker compo in 1995 (of which my popular tune Stranglehold was the result)(often used as keygen music), I couldn't hesitate to enter this compo, which is very similar, but now on my beloved machine, the Commodore 64. I had the pleasure to work with technical genius LMan on the tune.

Markus: So here it is, my first and hopefully not last coop with Jeroen. He had a sketch of this song, so we worked together on making the SID chip sing it. Jeroen did most of the composing, while I did most of the tech. Although it is not apparent at first glance, there is a lot of trickery going on to make it sound like 4 solid channels playing simultaneously. Hope you enjoy it as much as we enjoyed making it. 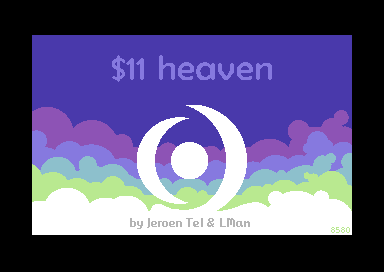